Just added to your cart

Our Guide to Selenium 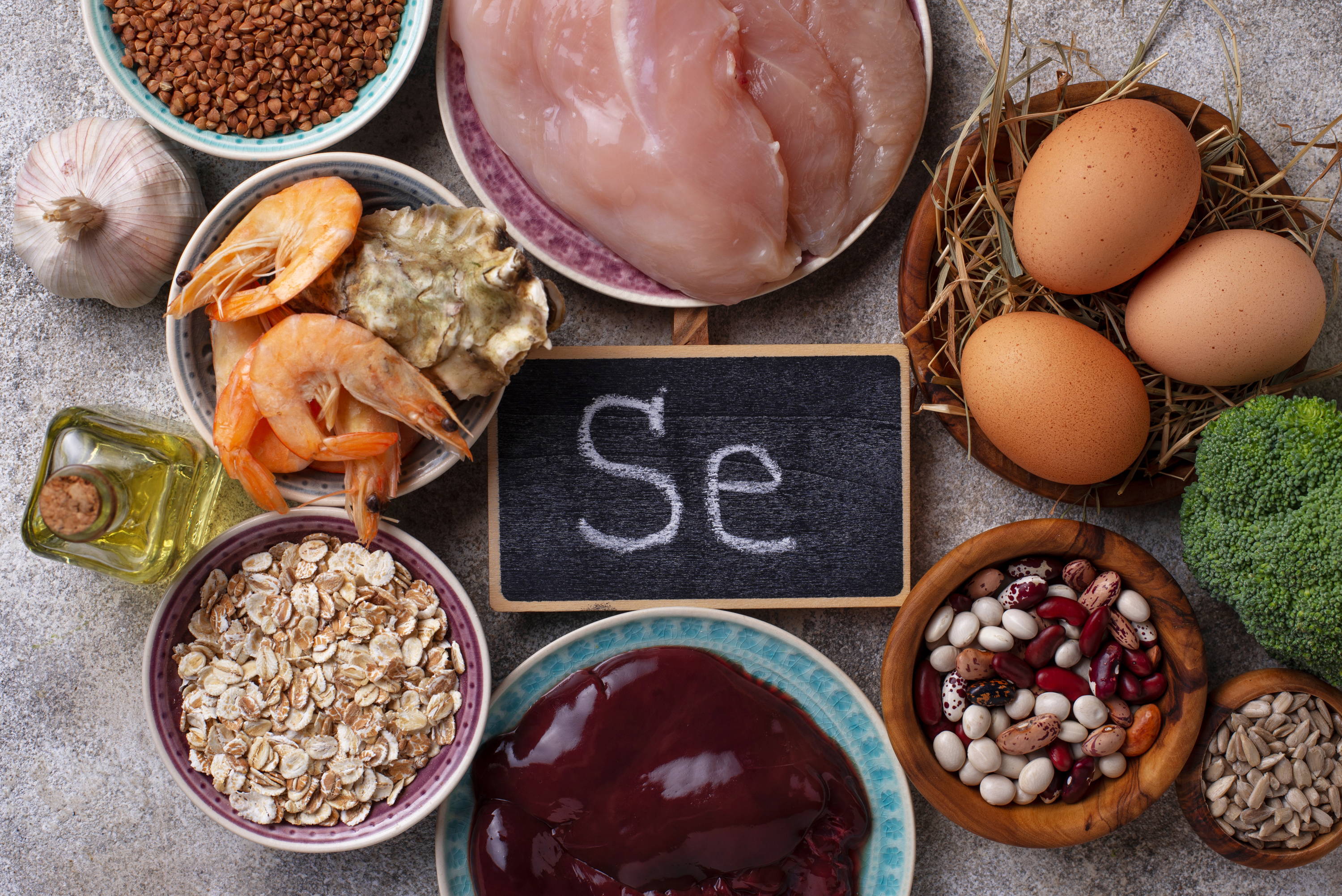 Selenium is one of the lesser known nutrients, with none of the star appeal of Vitamin C or Zinc. With a name more like an alien species from a sci-fi series, it’s certainly not top-of-mind for many. Yet, it plays a hugely important role in keeping the body healthy, not least because of its anti-oxidant properties.

Like magnesium, calcium and copper, selenium is a base element; it even has a chemical symbol (Se). But don’t think of laboratories and test tubes, as it is freely found in soil and makes its way into things we commonly consume.

So, what is so great about Selenium? According to the EU’s food claims register, selenium contributes to the normal function of the immune system and the protection of cells from oxidative stress. As a bonus, to keep us looking tip top, selenium also plays a role in the maintenance of hair and nails.

Translating this into everyday speak, the UK NHS describes the role of selenium as helping “the immune system work properly”, as well as “prevent damage to cells and tissue”. This is particularly important for people who have imbalanced immune systems.

The evidence connecting selenium with specific inflammatory conditions is still in its infancy, but patients with rheumatoid arthritis do more often show signs of selenium deficiency. Similarly, a major Finnish study did show that “low selenium status may be a risk factor for factor-negative rheumatoid arthritis”, as reported in the Epidemiology journal.

People with no health issues, who regularly eat a nutritious diet, should have no problem with their selenium levels. It is found in nuts (particularly brazil nuts and walnuts) meat (offal, chicken, pork and beef), vegetables (especially green ones, such as broccoli and spinach), fish & seafood (like prawns, sardines or tuna) and eggs. Interestingly, the levels of selenium in foods is dependent on the chemical make-up of soil in a particular area. So, it’s impossible to say the exact levels in a certain food. One thing is known: garlic is rich in selenium, so you can ward off vampires and boost your health in one go.

There are individuals, typically older and living with chronic illness, who have low levels of selenium and for them it’s worth considering a boost, from a supplement. Likewise, if your diet is less than optimal, a top-up might be worthwhile.

We believe strongly in the evidence behind selenium - especially for challenged immune systems - so it is a key ingredient in our ActiFlex supplement. Our daily dosage (4 capsules) provides 91% of the required NRV of selenium, so you’re unlikely to ever fall short. Along with 14 other potent ingredients, ActiFlex is designed to help people fight the nasty symptoms of arthritis and live fuller, healthier lives.